Rosacea affects around one in ten people in the UK. It usually begins on the face and starts as a red flush, but as the condition progresses, other symptoms can develop. While it is benign, it affects the appearance and can have a psychological impact. A survey conducted by the National Rosacea Society found that nearly 70% of rosacea sufferers had low self-confidence.

There are also other red skin conditions like seborrheic, atopic (eczema) and perioral dermatitis, psoriasis and lupus that can be controlled with treatment. Certain medications, irritation, sunburn and spider veins can also cause skin redness.

Many people with a history of frequent blushing or flushing have rosacea. Facial redness can either come and go or be more persistent, and it is often one of the earliest signs of the disorder.

You might also have small solid red bumps or pus-filled pimples that can resemble acne. Another common sign of rosacea is the dilation of small blood vessels that become visible through the skin.

Other potential signs of rosacea can include eye irritation, burning or stinging, dry skin, raised red patches (known as plaques), skin thickening and swelling. Rosacea signs and symptoms can also develop beyond the face, extending on to the neck, chest, scalp and ears.

Skin redness can also be indicative of other inflammatory skin conditions or can occur due to irritation. You might experience flakiness, scaly patches and itchy rashes that are more symptomatic of certain types of dermatitis, psoriasis or eczema. Your practitioner can provide you with a skin analysis to determine your red skin condition and advise a treatment programme suitable for your concerns.

Although rosacea can affect anyone, though those with fair skin who tend to blush or flush easily could be more at risk. Rosacea is most frequently diagnosed in women, but the most severe symptoms are usually present on men who have the condition.

It often is hereditary, so it’s helpful to look into your family’s background. When left untreated, blood vessels can start to dilate. It’s relatively common for middle-aged men who often drink to develop a bulbous nose due to the growth of excess tissue.

The eyes can also suffer; as a result, developing redness, itchiness and a burning sensation among other symptoms.

Not much is known about rosacea and its causes – One theory is that rosacea is a vascular disorder because the symptoms include flushing, redness, and visible blood vessels.

Others believe the nervous system may be responsible for the symptoms because rosacea can often flare up during times of emotional stress.

A further theory is that increased blood flow during flushing increases the tissue fluid, making it accumulate faster than the lymphatic system can manage.

The presence of a microscopic mite is thought to contribute to rosacea. This mite is usually found in human skin, where it consumes cast-off cells, but rosacea sufferers have a slightly higher number of mites present.

Red skin disorders can be frustrating because flare-ups can happen unexpectedly. Identifying your triggers and avoiding them when possible may help you to manage the condition.

Some of the most common triggers include sun exposure, emotional stress, hot weather, wind, heavy exercise and alcohol consumption.

Other red skin conditions often occur as an inflammatory response. Certain foods, microorganisms and topical products can be responsible for flare-ups of red skin conditions like seborrheic dermatitis or perioral dermatitis. Whereas, eczema forms as an allergic response to irritants like detergents and dust mites.

As those with rosacea or skin redness will have skin sensitivity, it’s essential to avoid irritating ingredients and aggressive actives. Using calming and soothing ingredients like calendula extract (found within our Bio Cellulose Facial Treatment Mask and Y Theorem Repair Serum) will appease skin redness and work synergistically with niacinamide (found within the hyaluronic acid and rose gold booster) to strengthen the skin’s barrier. 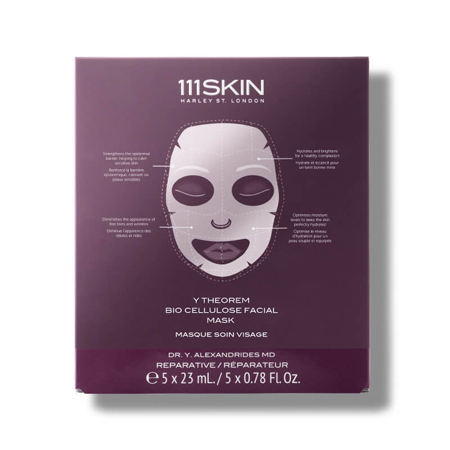 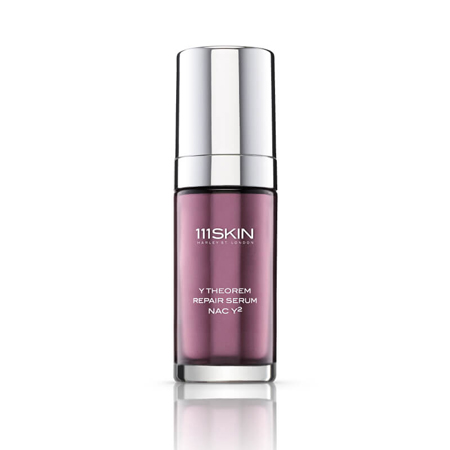 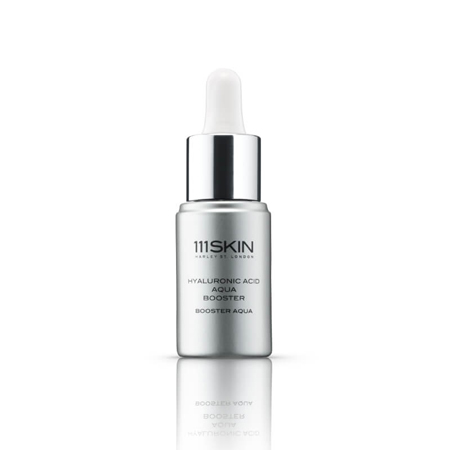 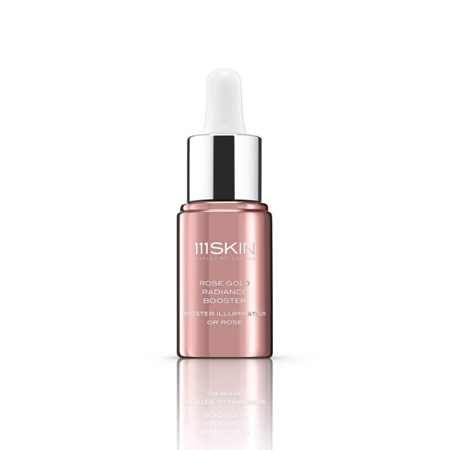 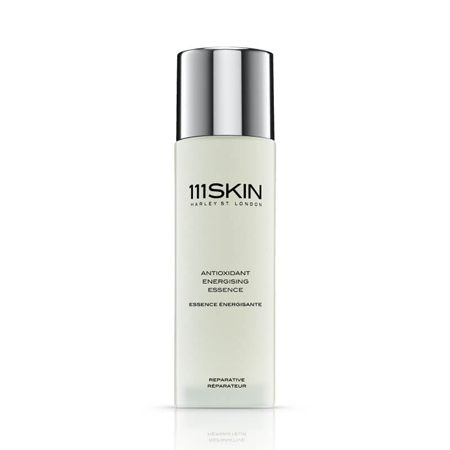 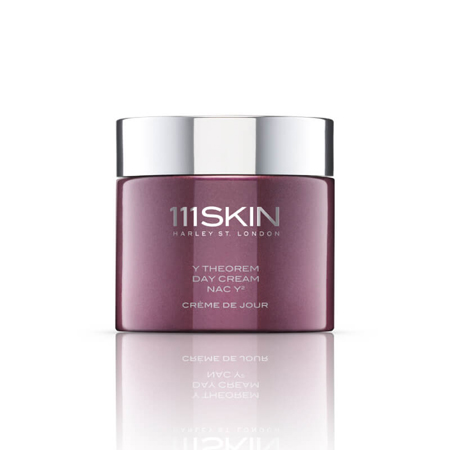 While there is no cure for rosacea and red skin conditions can be recurring, you can identify and avoid any environmental or lifestyle triggers to control and prevent flare-ups. Your GP may prescribe a topical product, antibiotics or steroids to reduce redness. Some non-surgical treatments can alleviate symptoms and redness. Mild and calming skincare products can soothe the skin and minimise sensitivity.

Our Celluma light therapy system at 111 Harley St. can soothe the complexion and curb the itchiness and redness associated with red skin conditions like rosacea, eczema, psoriasis, seborrheic dermatitis and perioral dermatitis. The system combines red and blue light therapy to reduce inflammation. The light energy prompts the acceleration of healing responses to repair the skin and treat sensitive skin conditions.

Phototherapy can alter biological activity to encourage skin cells to improve their performance and efficiency- this process can promote the body’s healing mechanisms to speed up tissue repair and fortify the skin’s epidermal barrier. In turn, this can improve inflammatory skin conditions (and their symptoms) like psoriasis and dermatitis.

Our Enerpeel MA (mandelic acid) skin peels are suitable for helping to control rosacea and other skin redness conditions. The active ingredients within the superficial peel can suppress redness and inflammation, as well as de-sensitise the skin to enhance resilience.

The antibacterial properties within the mandelic acid can eliminate the bacteria and minimise the oily build-up of pus-filled pimples that rosacea sufferers may get. The practitioner can layer or combine peels to make them appropriate for your needs.


The treatment begins with a consultation where your practitioner will assess your skin to decipher your skin conditions and the best course of treatment.

Intense pulsed light therapy targets vascular areas to address redness, alleviate inflammation and improve overall skin tone. The improvements in skin tone and redness are seen throughout several treatments. They do not cause surface-level damage to the skin, unlike other more aggressive laser resurfacing treatments.

Each treatment can be adjusted depending on the patient’s needs and skincare concerns. The flawless treatment delivers nanosecond pulses sending controlled shockwaves into the pigmented and vascular lesions.

Potential redness, blood spots and swelling. The skin may be slightly swollen on the treated areas immediately after the treatment.

Immediately after the treatment the treated area may be slightly tender and raised. You may also see some blood spots around the treated area. The overall downtime is around 5-7 days.

Depending on the condition, we’ll utilise our Harmony XL pro system to address vascular lesions. Those with rosacea are also often prone to spider veins, and Veinity can deliver Cynosure laser that works by targeting broken or enlarged blood vessels that cause redness within the skin.

Depending on the type and severity of the vascular lesion, different methods will be adopted. More prominent veins may be treated with a long-pulsed laser and infrared to trigger photothermolysis – a process which heats the targeted area without damaging the surrounding tissue.

The alternative process uses an advanced evolution of the intense pulsed light technology. Uniform energy is used to treat the vascular lesion.

Depending on the size of the vascular area, the treatment can take from 10-60 minutes.

To request a general consultation regarding skin redness or rosacea with one of our practitioners, please complete this form. Please note these appointments carry a booking deposit fee of £50.

Milena is my skincare GURU!!! I would like to share my story for all those rosacea sufferers out there…. Years ago I was diagnosed with severe papulopustular rosacea. I saw four top private dermatologists in London; I was on six different antibiotics, and a one year course of Roaccutane, I also had IPL treatments and still nothing helped my condition. I was at the point that I did not want to leave my house, and that was a problem seeing my job is interfacing with clients and suppliers. A friend recommended that I have a consultation with Milena, and that was truly one of the best decisions I ever made. Milena has an incredible understanding and knowledge of skin conditions, her approach is careful and gentle and individual to each patient and she delivers fantastic results. If you see my before and after photos you would be amazed by the transformation of my skin. I can honestly say I have never looked better. I’m ever so grateful….Thank you Milena you are an Angel!

Thank you Samia for the result driven ClearSkin treatment!!! Will come back for more.

Teresa is an amazing injector! She was extremely kind and professional, fully explaining the procedure from the word go. Thank you so much!

My thermage treatment with Samia was seamless, she was so professional in managing my expectations and pain!